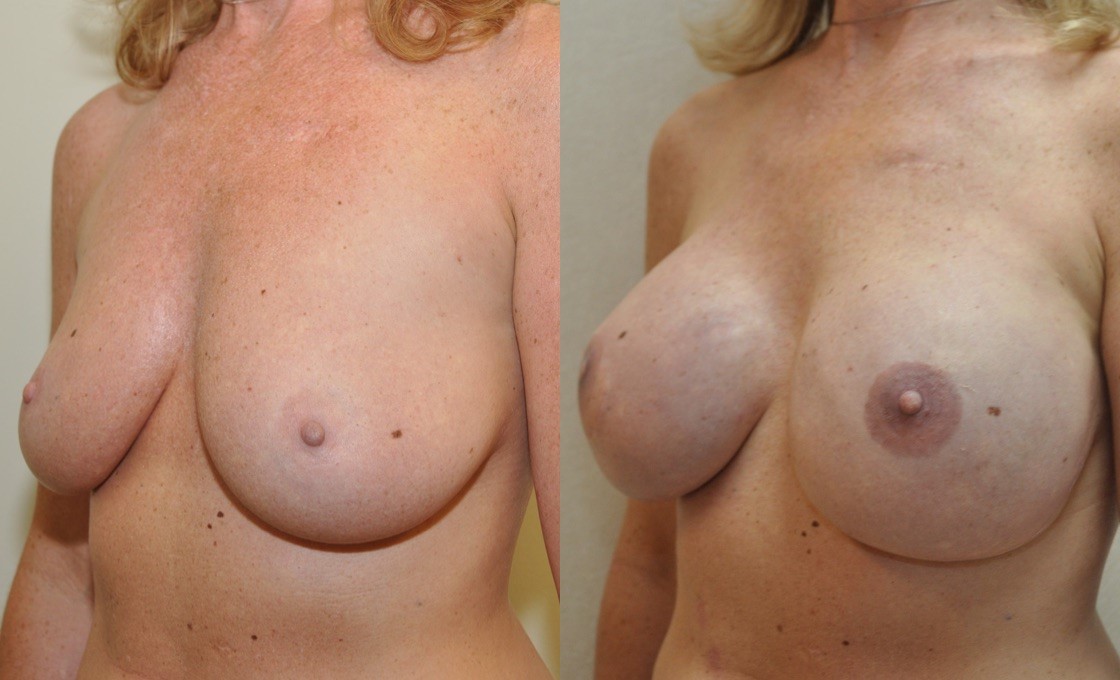 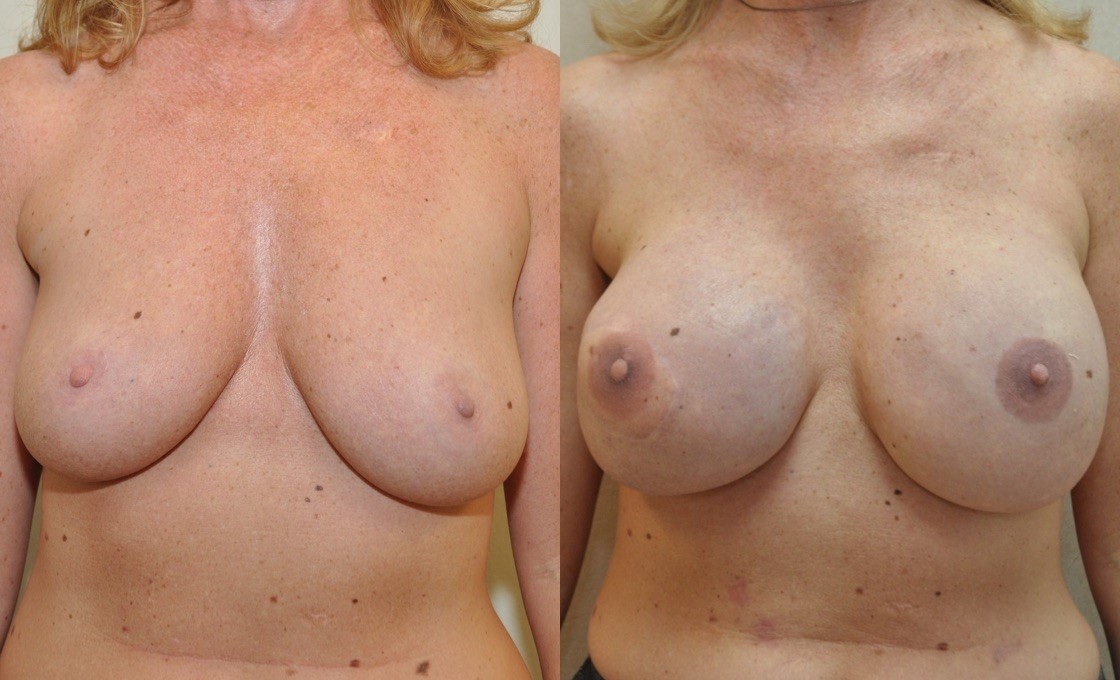 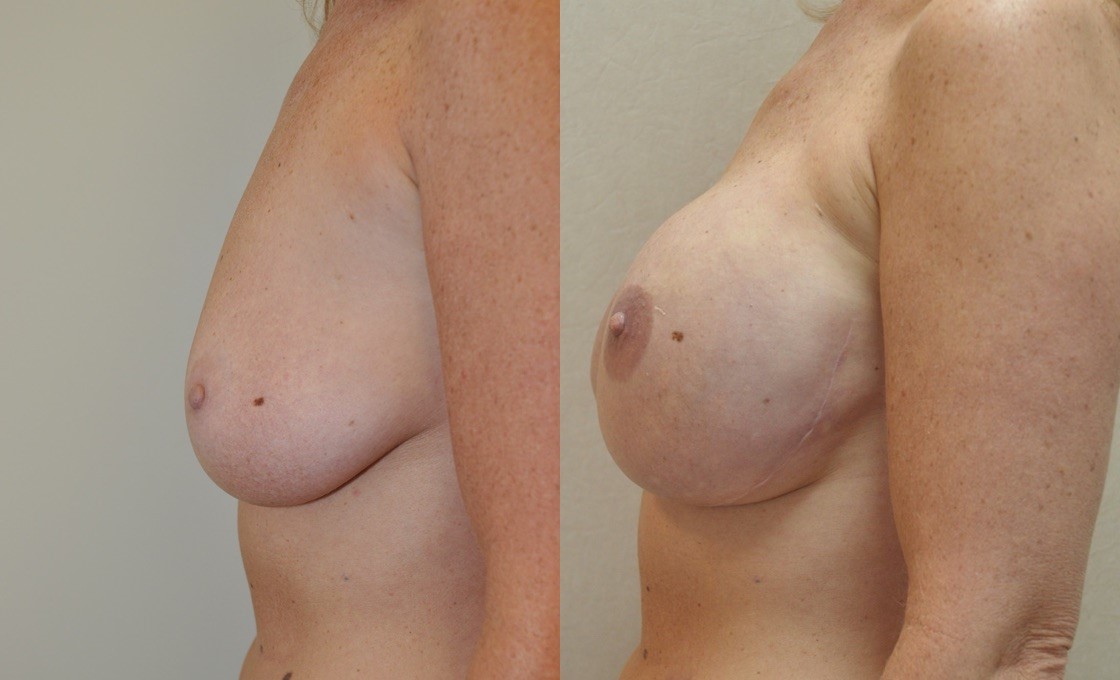 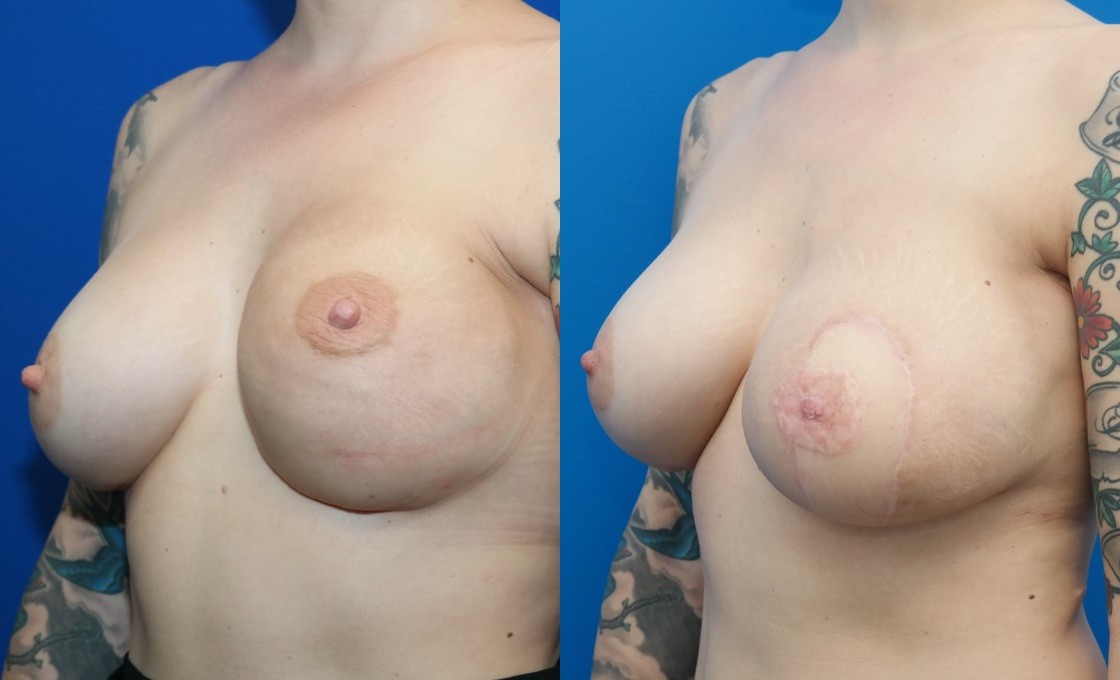 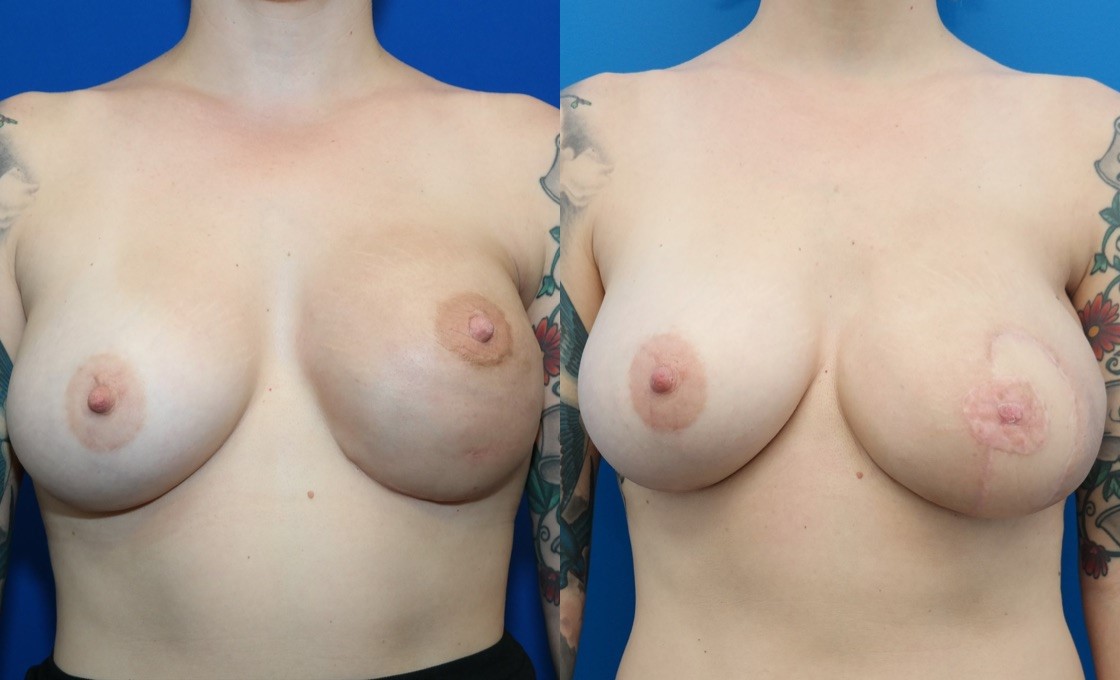 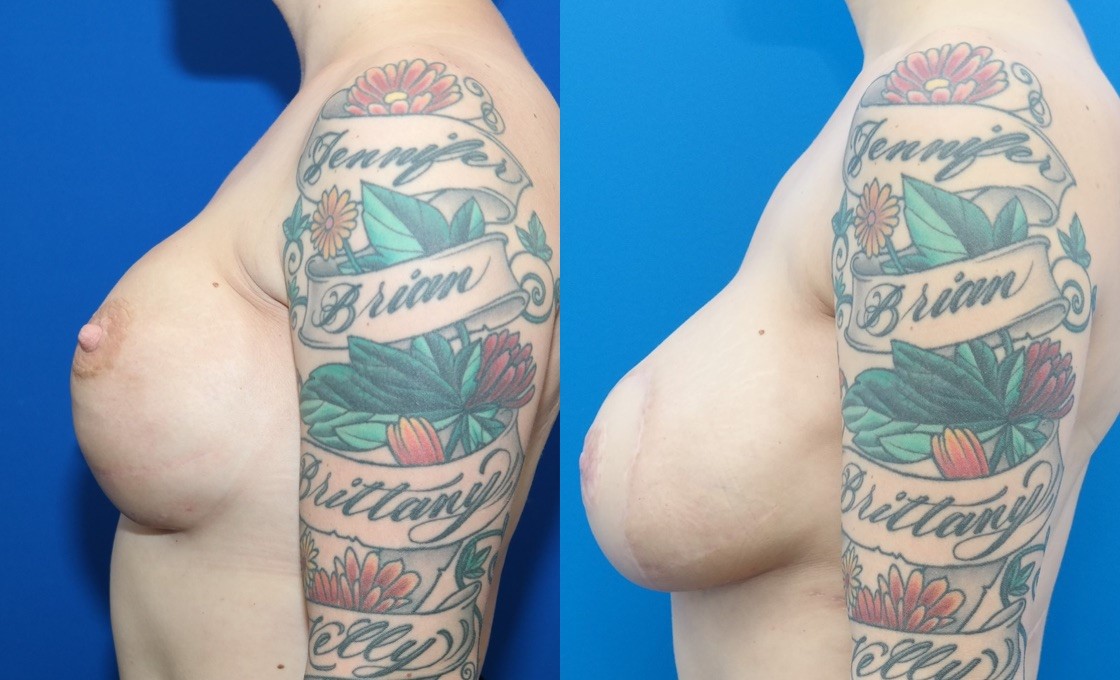 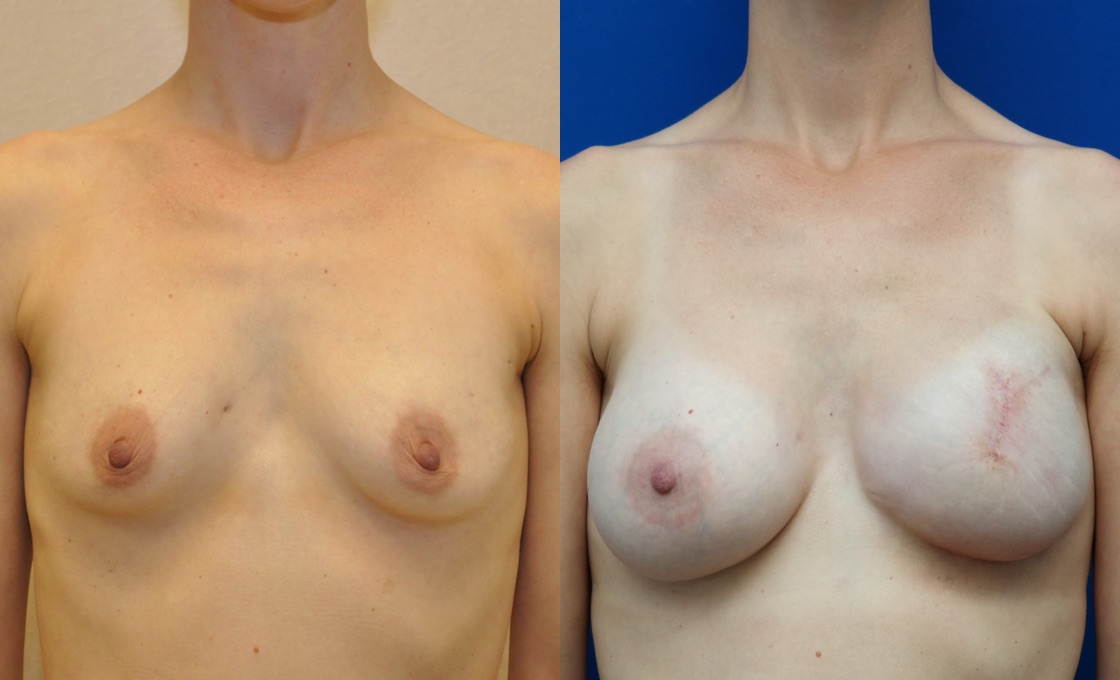 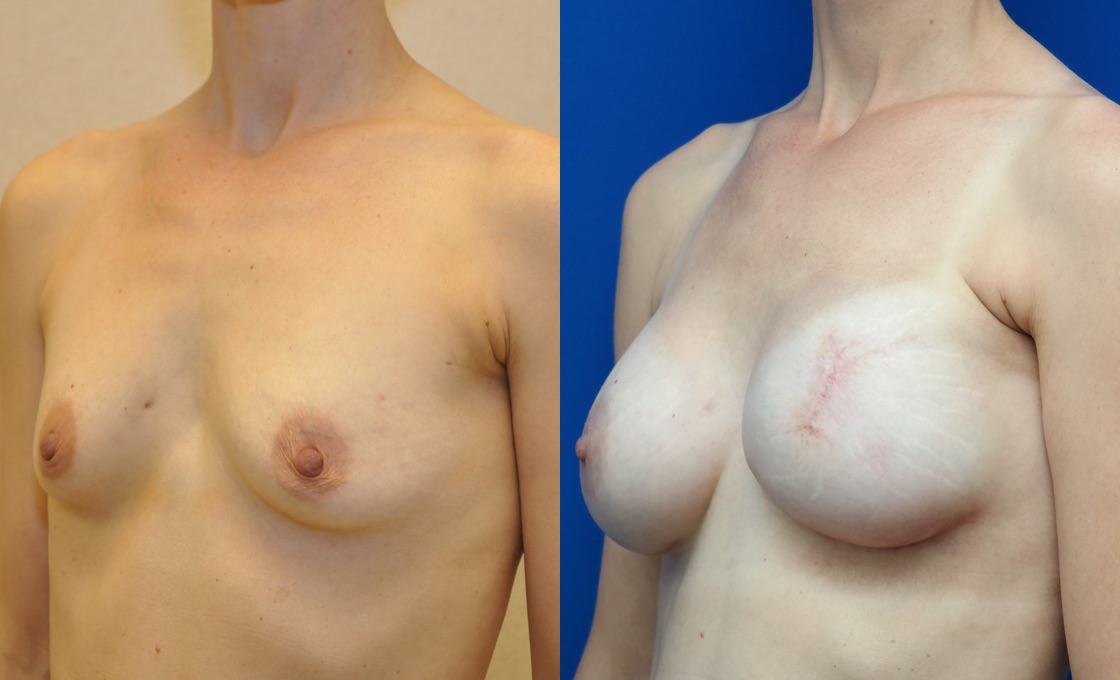 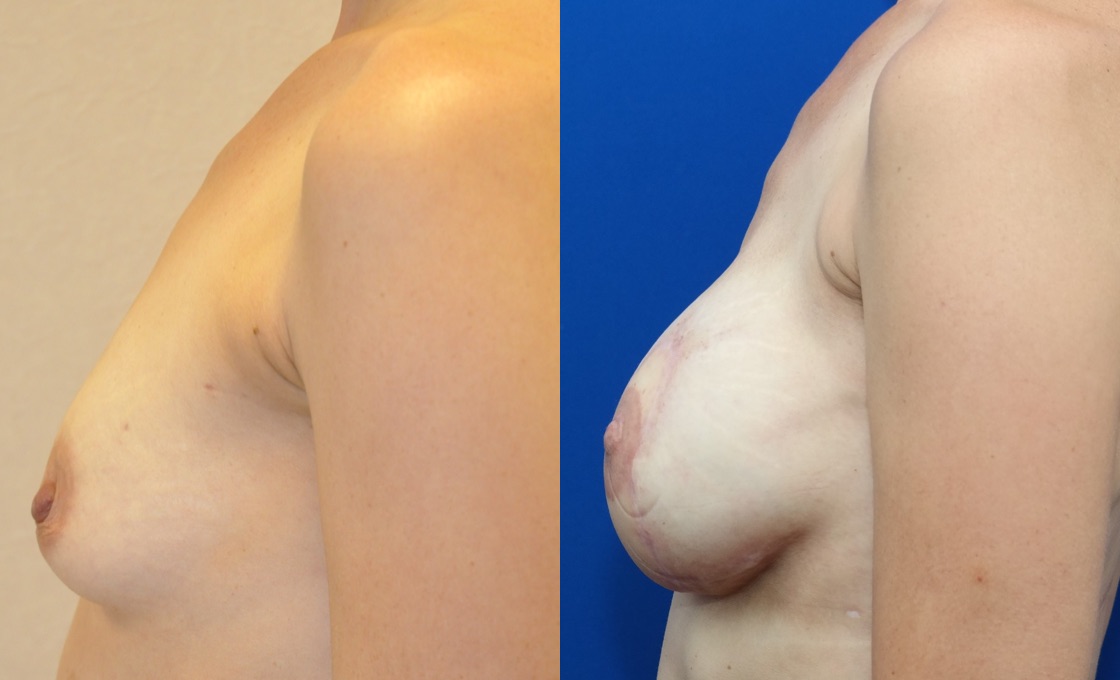 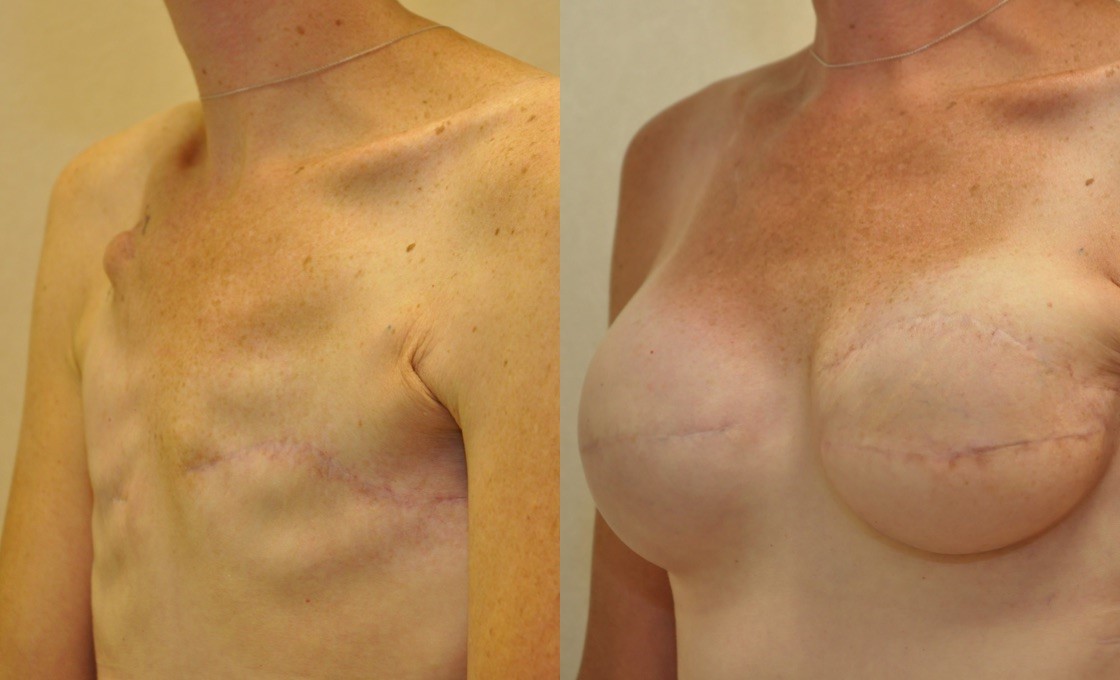 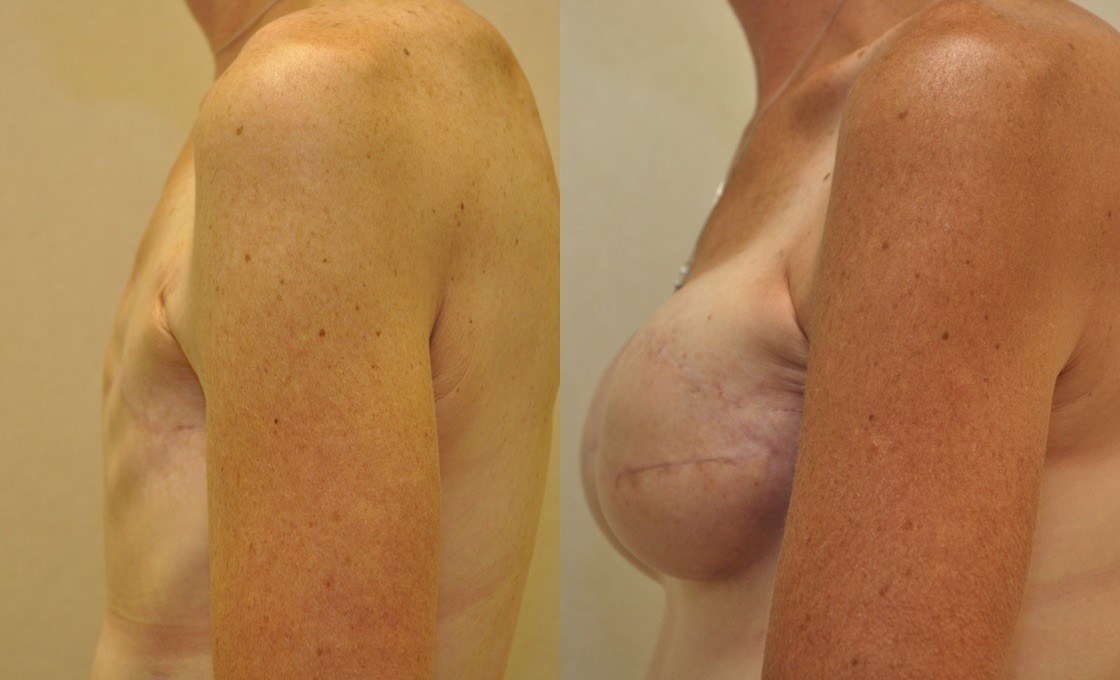 During latissimus dorsi flap reconstruction surgery, an incision is made in your back near your shoulder blade. Then, an oval section of skin, fat, blood vessels, and muscle is slid through a tunnel under the skin under your arm to your chest and formed into a breast shape.

Schedule a Consult View More Results
What Our
Patients Say

Dr. Fine is an excellent surgeon on top of being straight forward but also kind and caring. I trust him and his work.

Latissimus dorsi flap reconstruction utilizes skin and muscle from the back which is tunneled just under the skin to the reconstructed breast. The flap stays connected to its donor site, leaving the blood supply intact. Because the back has less fatty tissue than the abdomen, an implant is generally necessary to achieve the desired breast size. In most cases, this means a tissue expander will be placed initially at the time of surgery. Similar to tissue expander reconstruction alone, expansions usually begin 2-3 weeks after your initial surgery until the desired size has been reached. At that point, a second, much less involved, surgery is performed to exchange the tissue expander for a permanent implant.

The Latissimus flap is most commonly used in the setting of radiation therapy. It offers a less involved surgery (when compared with abdominal tissue reconstruction) that brings non-radiated tissue to the breast. This can reduce issues related to radiation-induced contracture, which may cause breast deformity, worsened asymmetry, or discomfort.