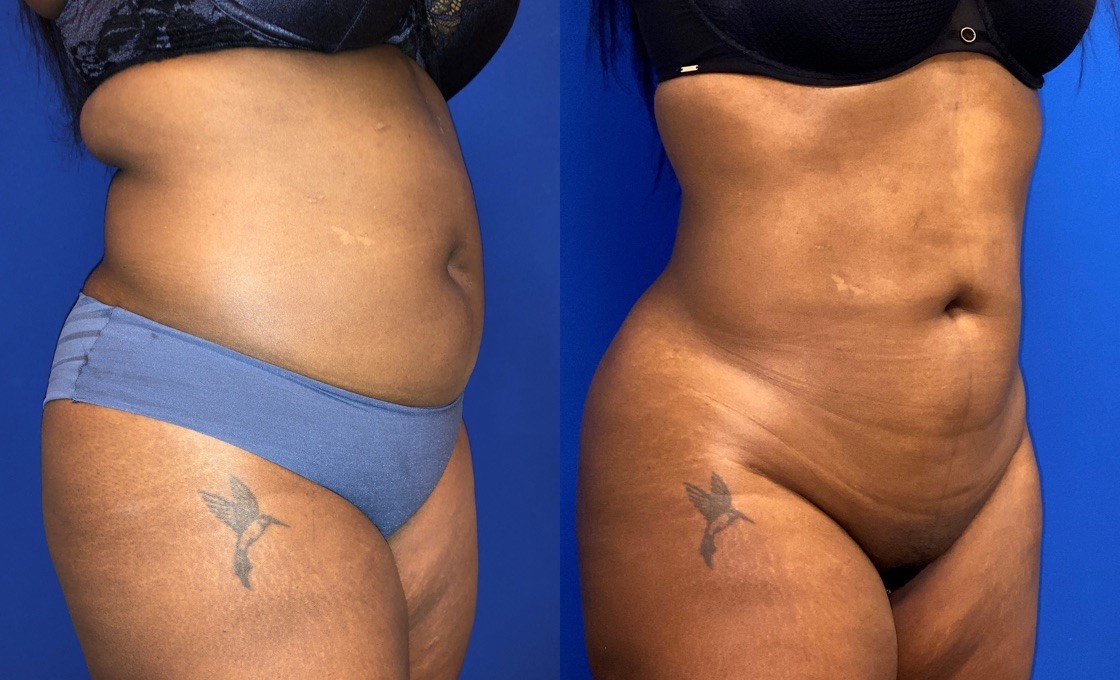 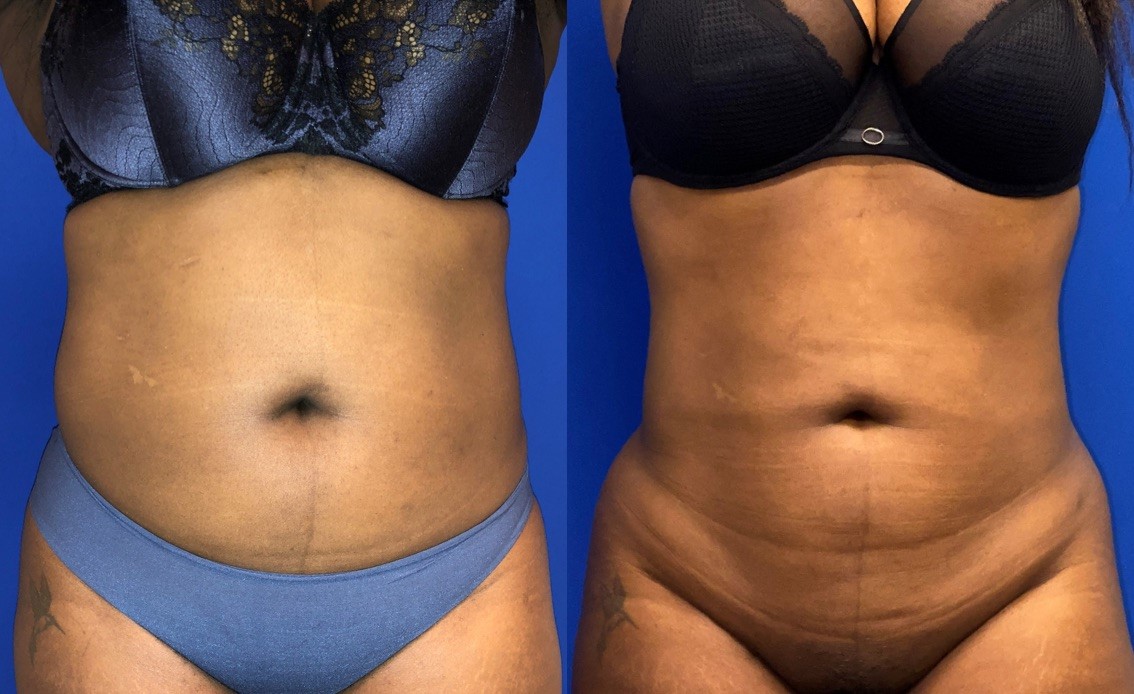 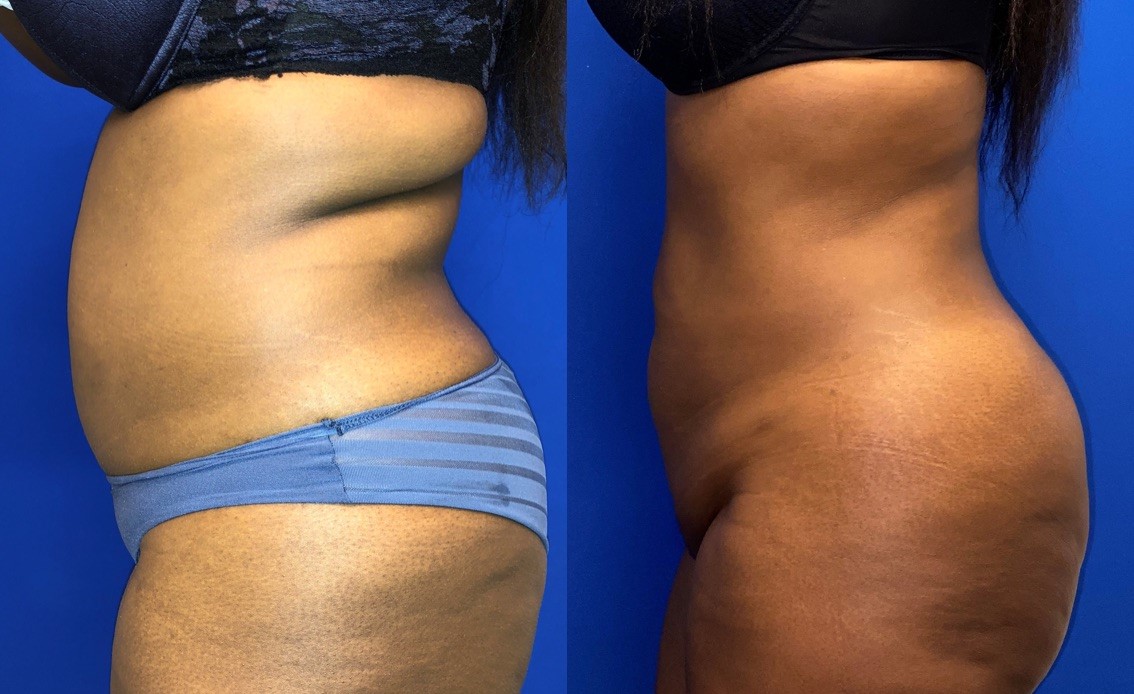 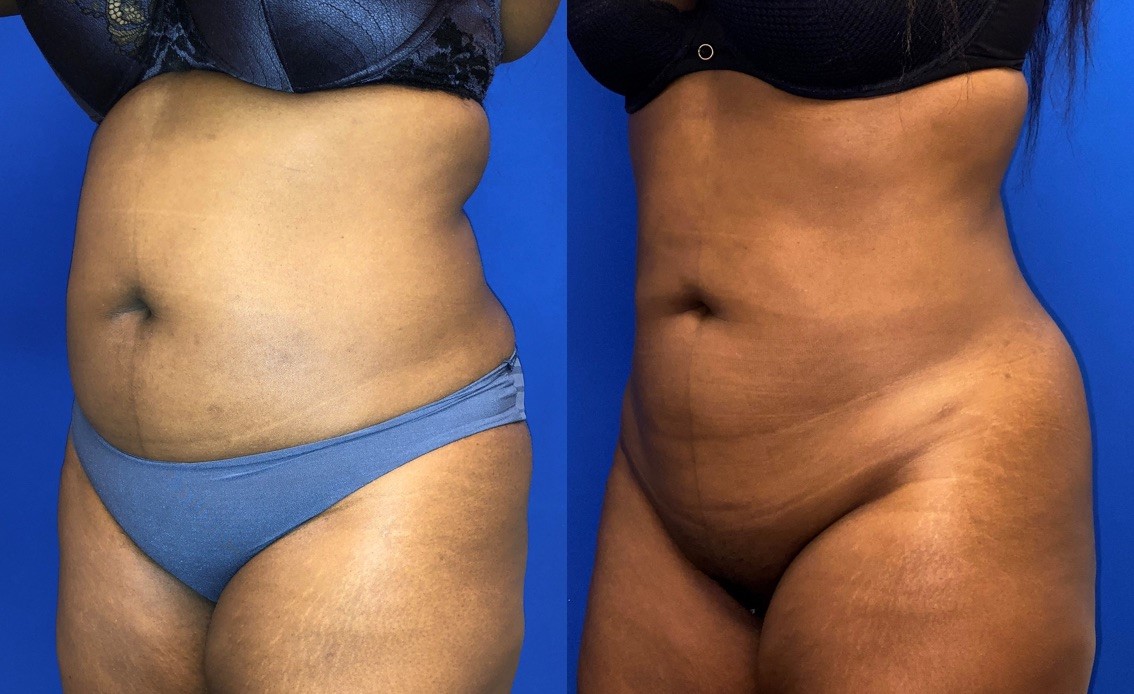 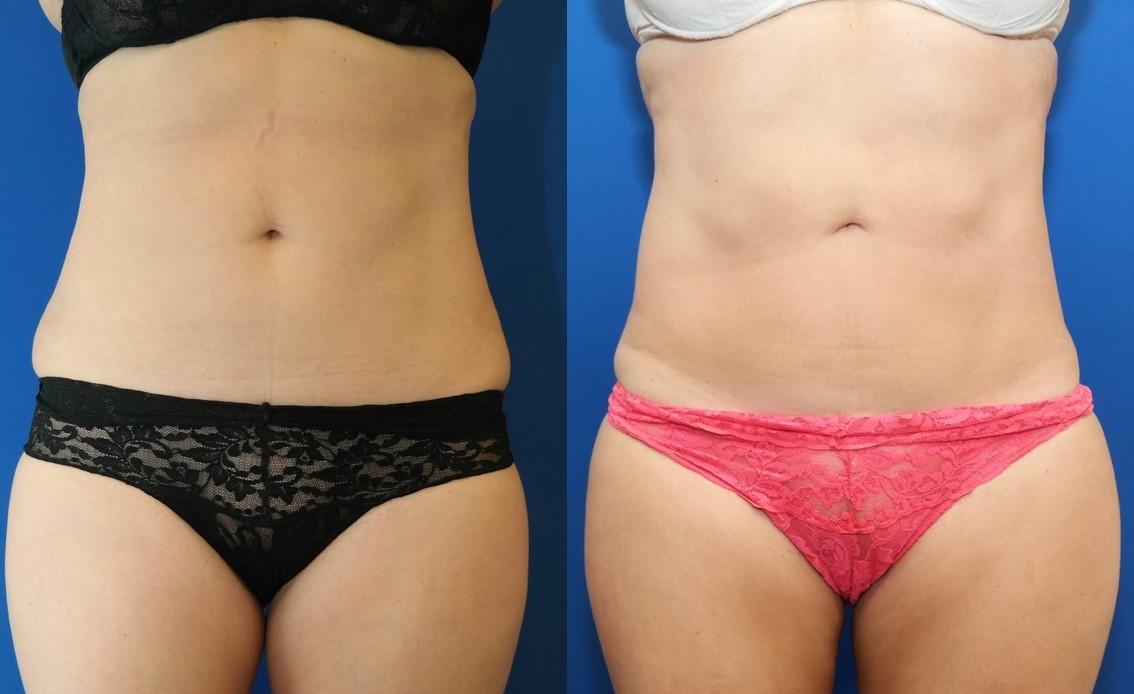 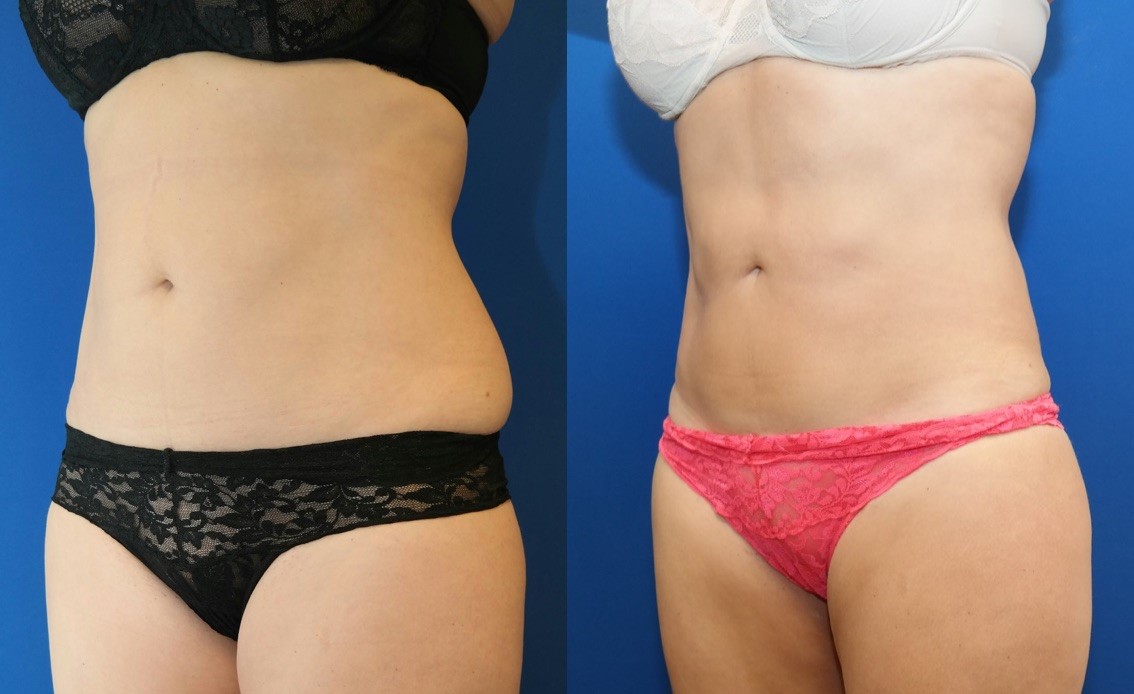 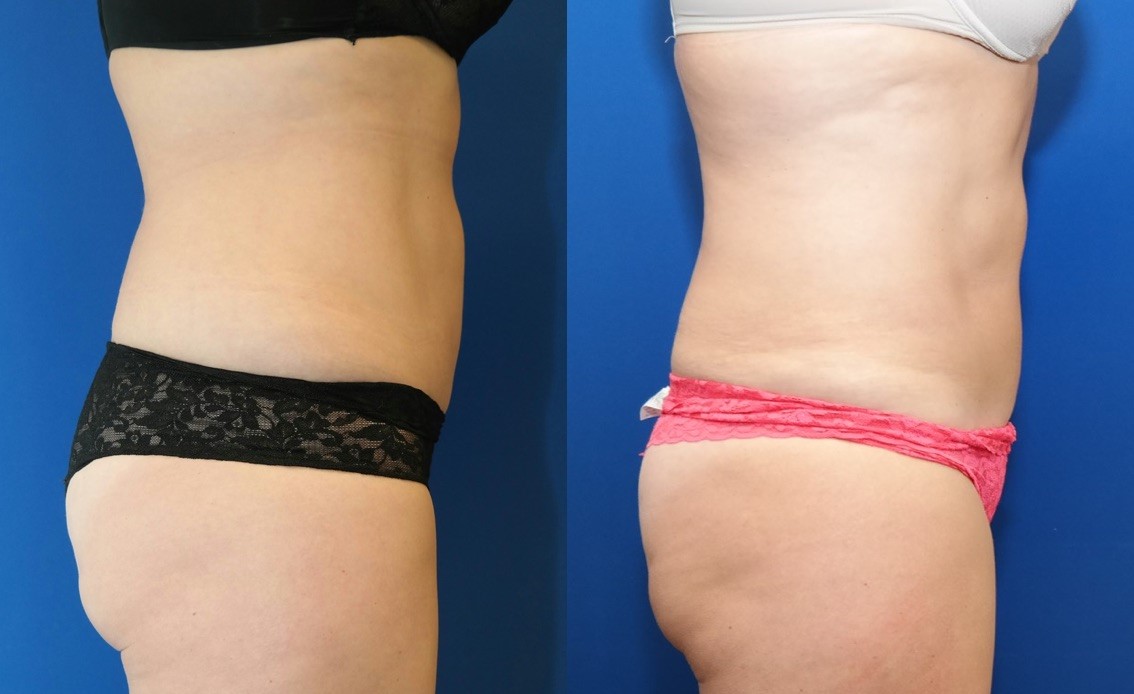 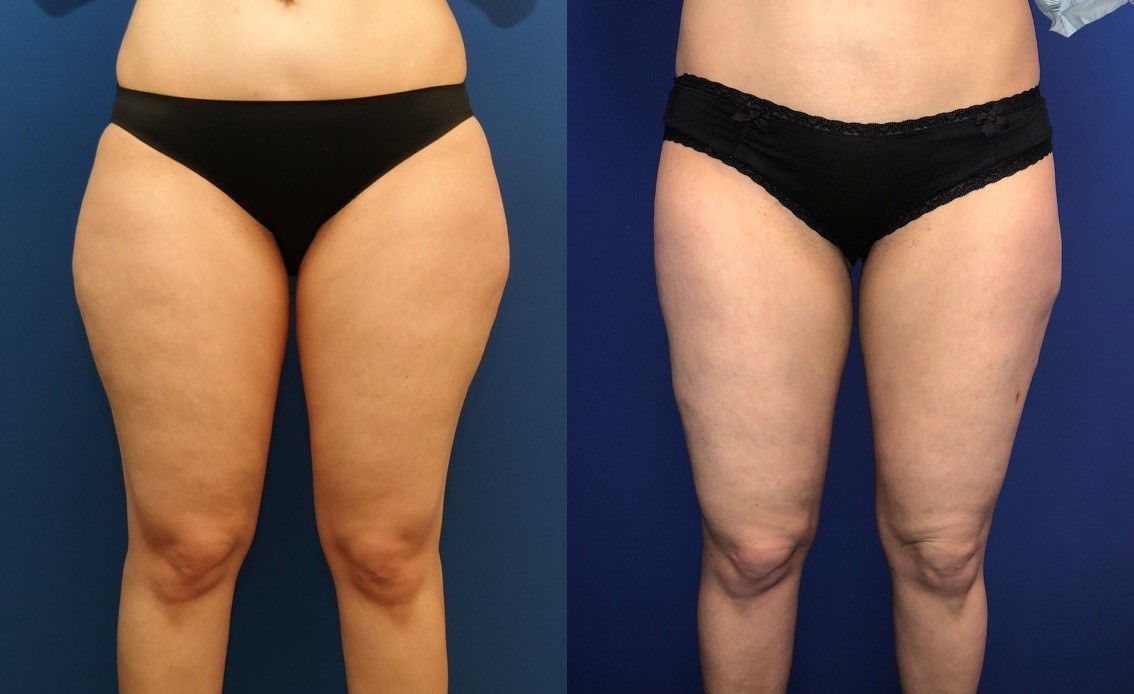 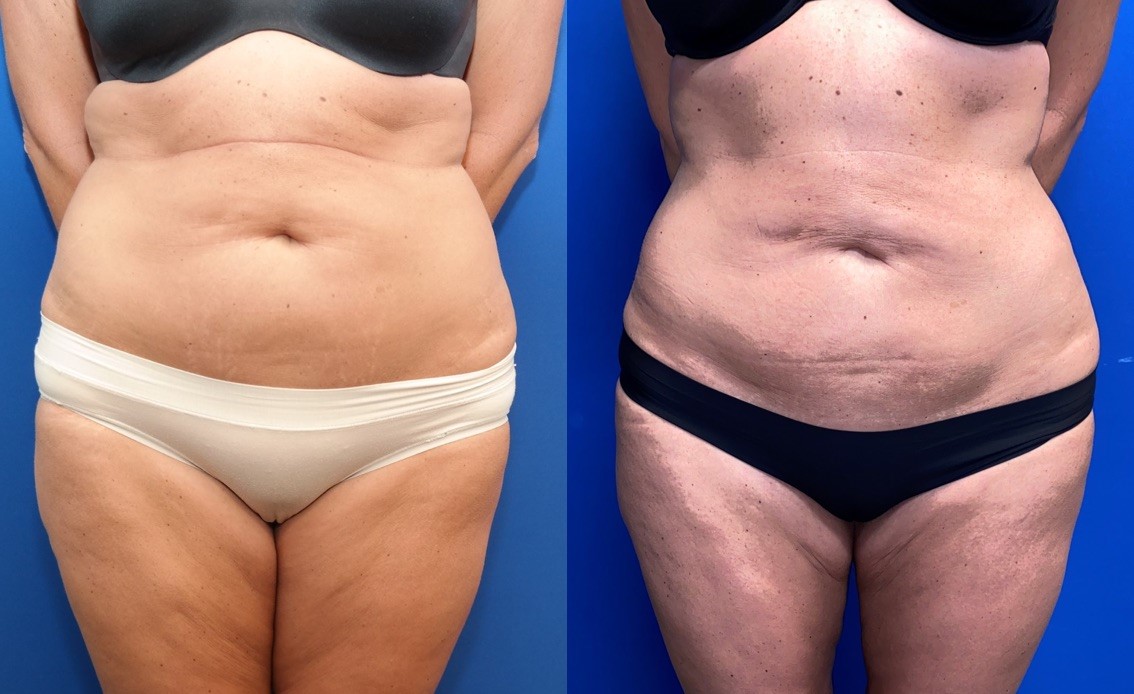 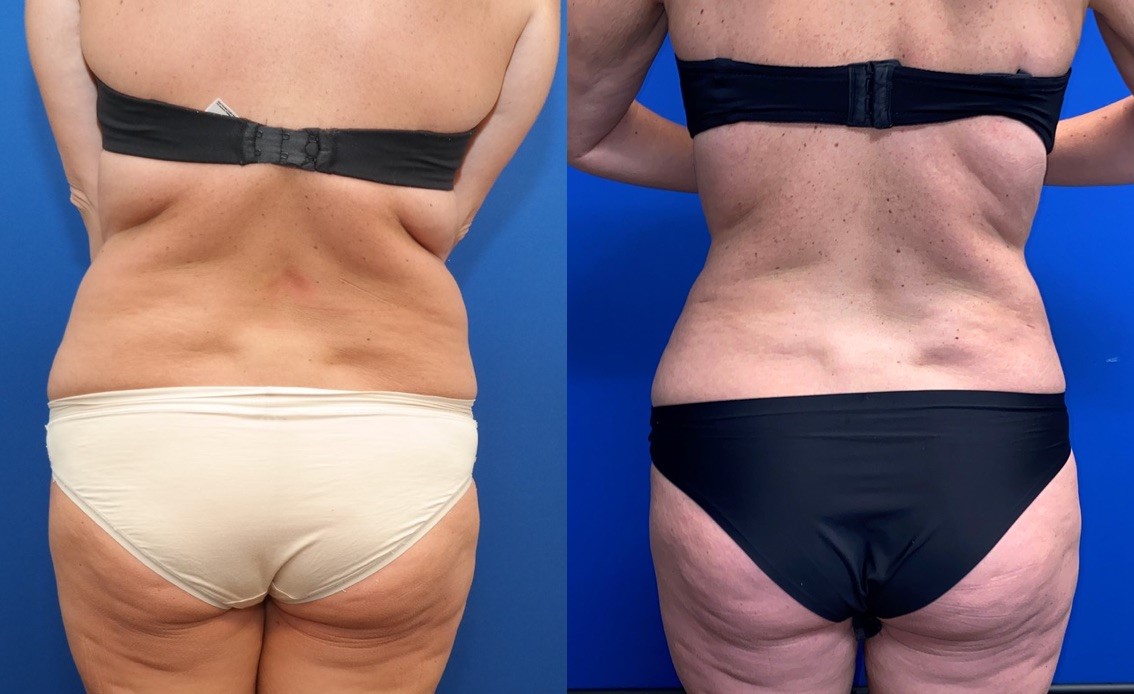 Despite good health and fitness, some individuals may still have disproportionate figures due to localized fat deposits. If you are bothered by excess fat deposits, liposuction may be a good option for you. Generally, liposuction slims and reshapes the body contours which can greatly improve self-image.

What Our
Patient’s Say

Fantastic experience. Attentive, understanding, thoughtful, and practical. Would recommend to anyone looking to improve themselves.”

Liposuction, also called surgical lipectomy or lipoplasty, is the surgical removal of excess fatty tissue. Liposuction is not a new procedure, but it has come a long way from when it was first introduced to the United States in the 1980s. Early liposuction was fairly violent. Patients had to be under general anesthesia, and doctors had to make a rather lengthy incision to insert a large cannula. These cannulas had to be moved back and forth quite aggressively to break loose and suction out the fat. Of course, this created a good deal of tissue trauma and subsequent bruising that could linger for months. Plus, fat could be removed unevenly, leaving a lumpy surface.

Liposuction is now usually performed with the patient under sedation or “twilight” anesthesia; it is an outpatient procedure. Cannulas are much smaller, dictating very small incisions. Fat can be suctioned out very precisely without the uneven contours created by older methods. Recovery is easy and bruising is much less involved than even just a decade ago.

The areas where pockets of unwanted fat can be removed have dramatically expanded as cannulas have become smaller. Liposuction is now used to remove fat from these areas: Abdomen, Hips, Flanks, Thighs, Upper arms, Double chin, Breast or Chest, Cheeks, Neck, Bra line, Ankles, Behind the knees, Lower buttocks, Breasts for reduction.

Liposuction can be performed alone or in combination with other cosmetic procedures such as facelift, breast reduction, Brazilian butt lift, or tummy tuck.

There is a misperception surrounding liposuction for some patients — they think this procedure can be used to lose weight. While you will lose a few pounds of fat, this is not to be considered weight loss. In fact, removing too much fat during a single procedure is dangerous. Liposuction is meant to target and remove unwanted, stubborn pockets of fat on areas such as the lower abdomen. These pockets don’t respond to dietary changes or exercise. At NSPS, we generally want our liposuction patients to be within roughly 10 percent of their ideal body weight.

Beyond that, patients need to have good elasticity in their skin. This allows the skin to shrink down to conform to the patient’s new slimmer contour after the procedure. If the patient has a large amount of loose skin, a tummy tuck could be a better option, possibly with liposuction included.

Liposuction requires a small incision near the site to be suctioned. Incisions may be small enough that they do not require any stitches. Once access is gained to the fatty tissue, a surgical vacuum is used to remove fat. If large volumes are removed from one area, some patients may be counseled on the use of compression garments after surgery to aid in the healing process.

With tumescent liposuction, Dr. Schierle or Dr. Fine first injects the target areas with a saline solution containing lidocaine and epinephrine. The lidocaine provides anesthetic to the area; the epinephrine constricts the blood vessels to limit blood loss and subsequent bruising. The solution acts to firm the fat in the injection area, making it easier to break loose and suction away. Once the tumescent solution has been injected, a small cannula (usually from 1-3mm) is inserted through a tiny incision. These cannulas are now so small that the incisions used to insert them into the target area usually can be closed with just a bandage.

The addition of laser energy is what makes SmartLipo different. By adding this energy to liquefy the fat cells, this makes it easier for Dr. Schierle or Dr. Fine to remove the fat. The cannula doesn’t need to be moved aggressively side to side, as in traditional liposuction. Also, it enables the use of a smaller cannula, so the incision necessary to insert the cannula is tiny. The heat provided by the laser also has the added benefit of causing the body to remodel the collagen in the area, subtly constricting down the skin to its new contour.

SAFELipo® has the ability to remove substantial amounts of excess fat smoothly and evenly while sparing blood vessels that aid healing. The process decreases risk for contour abnormalities after liposuction even with large volume reduction.

Following the procedure, we will wrap the treated areas to reduce swelling, bruising, and pain. After these wraps are removed you will immediately transition into compression garments to be worn over the treated areas. These will be worn for a few weeks following your liposuction. These garments not only reduce swelling, but they also help the skin and underlying tissues adapt to their new slimmer contours.

You will have some bruising and swelling; this will take up to 10 days to clear. Most patients can return to work in just two or three days unless they have had multiple areas treated. Those patients may need a week off from work. Scarring will be virtually invisible. Recovery from our various liposuction options at NSPS is not difficult.

No matter what approach used by Dr. Schierle or Dr. Fine, your results are immediate. You will have some swelling and bruising that will need to resolve before you see your final results, but you’ll notice a difference immediately and this will continue to improve as your skin firms down to its new slimmer contours.

Sometimes patients believe liposuction is a short-term procedure, but it permanently removes fat cells. They are gone for good. If you don’t gain a ton of weight, you will not build new fat cells and you will maintain your results for the remainder of your life. At NSPS, we stress the importance of making liposuction the beginning of a new chapter in your life. This involves taking better care of yourself after the procedure. If you do so, you’ll enjoy your new slimmer contours for the rest of your life.

Liposuction involves the typical risks involved with surgery, such as bleeding, infection, and reaction to the anesthetic, but these are rare with modern liposuction. Complications specific to liposuction are:

Overall, liposuction with the team at Northwestern Specialists in Plastic Surgery has proven to be a safe and very satisfying procedure for our patients.

Liposuction is a procedure that surgically removes unwanted fat from certain areas of the body. SAFE Liposuction (Separation, Aspiration, Fat Equalization=SAFE) is a 3 part process that removes fat smoothly and evenly while sparing blood vessels that aid in healing.

How long will liposuction results last?

Liposuction results can last forever. Once the fat cells are removed, your body will likely not gain as much weight to this area, meaning that this may no longer be your “problem area.” The fat cells that do remain, however, may expand in other areas if your diet and exercise should change in the future. Maintaining your weight, diet, and exercise routine is recommended following liposuction surgery.

Am I a candidate for liposuction?

There are 2 kinds of fat present in the body: subcutaneous and visceral. Subcutaneous soft tissue is able to be removed through liposuction because it is fat that sits above the muscle layer. This is the fat that can be “pinched” upon physical exam. Visceral fat cannot be removed because it protects your organs and muscles and is deeper in the abdomen. The integrity and elasticity of the skin in these areas is also a factor in determining candidacy. We recommend an in-office consultation with your surgeon to determine if liposuction is the right procedure for you.

Will I gain the fat back somewhere else after liposuction?

Every individual has different “problem” areas that accumulate fat more readily when they gain weight. For example, the abdomen may be the area that tends to gain weight first in some people. Liposuction may be used to treat the abdomen in such a patient. After liposuction, the excess fat cells in this area will be gone and cannot regenerate. If the patient goes on to gain a significant amount of weight, one of two things may happen. If enough fat was removed from the problem area, it may no longer be the area of the body that gains weight most easily. In this case, it is possible for another area of the body to develop more noticeable weight gain because the fat is not returning to the original “problem” area. However, it’s also possible that because we do not completely remove all fat cells from the original problem area, weight gain may continue to affect that region more readily because those remaining fat cells are still the most sensitive to weight gain. We recommend trying to maintain a stable weight to avoid any major fluctuations in weight change to achieve the best results.

What is the difference between liposuction and a tummy tuck?

Liposuction is a procedure where we remove fat from areas of the body where it is unwanted. There are no large incisions made with liposuction, but the areas may be bruised and swollen for a few weeks following the procedure. A tummy tuck procedure involves removing skin and abdominal fat, tightening of the abdominal muscles, and repositioning of the belly button. This creates a cosmetically appealing contour and smoothing of the abdomen. A tummy tuck incision extends from hip to hip and is normally low enough that it can be covered by a bathing suit or undergarments. Neither liposuction nor a tummy tuck are considered to be weight loss procedures but are completed to help achieve a more aesthetically pleasing body contour.

Liposuction is Ideal for Challenging Areas

Body toning and weight loss are two common ways in which people attempt to reach aesthetic goals. Weight management alone can be a lifelong quest, not for perfection but for a personal-best. When we hear about ways we can improve...

Why More Patients are Asking for SAFELipo

Liposuction has come a long way since the very first procedure was performed nearly a century ago. It’s hard to believe that our ancestors could have been sculpting their bodies long before modern medicine was formalized! Truth be told, cosmetic...