Oops! That page could not be found

The Lumenis AcuPulse laser is a complete ablative laser resurfacing workstation that features superior technology for all aesthetic resurfacing needs, as well as some surgical technology. It allows us to perform a variety of procedures, including CO2 Skin Resurfacing, FemTouch Vaginal Rejuvenation, and a hand-piece for Surgical Blepharoplasty.

How Does a CO2 Laser Work? 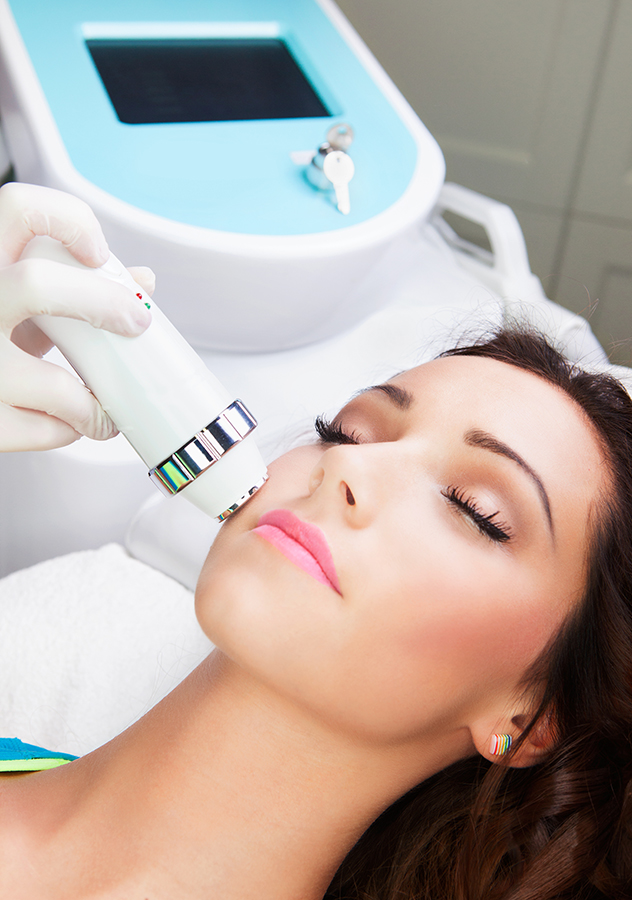 CO2 lasers produce light at a 10,600nm wavelength, which is absorbed by water in the tissue. The laser energy heats up the water until it reaches a boiling point causing the evaporation of the affected tissue. Some heat is absorbed by tissue adjacent to the ablated target area, causing tissue coagulation which induces hemostasis (the cessation of bleeding) as well as thermal stimulation of deep skin layers, which induces fibroblast stimulation and neocollagenesis (the formation of new collagen). The laser beam can also be transmitted through a scanner which is a device used to further control the delivery of energy.  The scanner regulates the configuration of energy delivered onto the skin, which can range from covering the entire treatment area or just a fraction of it, leaving the areas in between untreated. This is also referred to as fractional ablation. The overall effect of ablation and coagulation, either full or fractional, is the removal of skin and the stimulation of the body to replace it with newer, younger skin.

What Does it Treat?

This procedure can be used to effectively treat fine lines, wrinkles, and discoloration, as well as other effects of aging and sun damage. The laser beam is applied in a fraction pattern to create columns of thermal damage on the skin to stimulate new collagen. Columns are spaced out so that the remaining tissue is spared, resulting in faster healing.

How Does This Treatment Feel?

Patients experience warmth, similar to sunburn, after treatment. During this time, a gentle washing and moisturizing regimen is recommended. Skin will then flake off within two days. After four to seven days, typically make-up be applied. Pinkness is often gone after about a week . Most effects of the treatment, such as the stimulation of new collagen and plumping of the skin occur right away. However, results will gradually continue to show improvement for up to six months after the procedure and can last for several years.