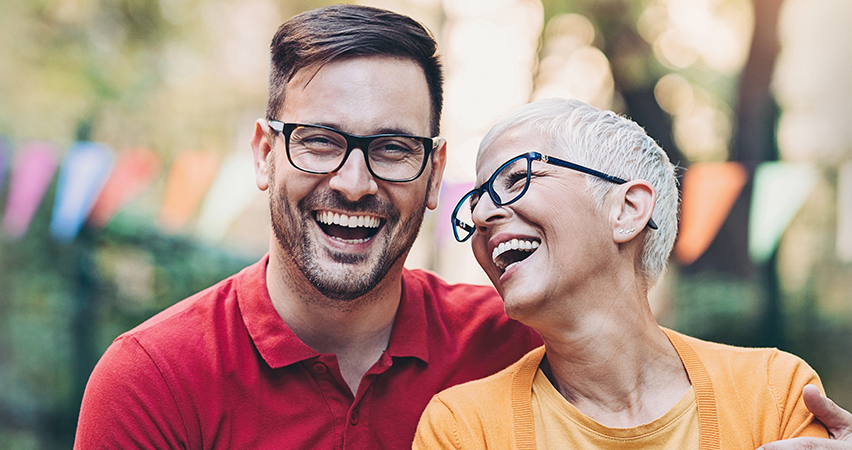 What are the Options

Breast reconstruction after partial or complete removal of breast(s) can be a very physically and emotionally rewarding procedure for many women. It offers the ability to not only create a new breast, but also can dramatically improve a woman’s self-image, self-confidence, and quality of life.

Expanders and Implants
Flap techniques that use a woman’s own muscle, fat, and skin to create or cover the breast mound
Grafting and other techniques to create a nipple and areola

This procedure can be performed by your breast surgeon in one stage (direct to implant reconstruction) or in two stages (tissue expander first followed by implant). In general, reconstruction with implants following either route has the fewest scars and is the least invasive of all the breast reconstruction surgery options. This type of reconstruction may also involve the use of Alloderm, an acellular dermal matrix used to support the pocket created for the implant or tissue expander.

A tissue expander is a balloon placed at the time of the mastectomy and adds about 1 hour of extra surgery time. This procedure usually entails one day in the hospital. During follow up office appointments, the expander is gradually filled with salt water until you have reached your desired size. When chemotherapy and/or radiation therapy (if necessary) are completed, the expander is removed and the permanent implant placed. This takes about one hour and is done on an outpatient basis.

After healing from the second surgery, a nipple can be created with skin taken locally from the reconstructed breast. A tattoo is added later in the office for the areola color.

Reconstruction with implants can also be accomplished in a single stage. This reduces the number of surgeries needed to complete the reconstruction, but offers less flexibility with size, and entails slightly more risk. If you are interested in single stage implant reconstruction, please ask us about it.

Recent advances in technique have allowed for the placement of tissue expanders above the chest muscle, directly under the skin, in some patients. This reduces discomfort after surgery because the muscle is not lifted or cut to accommodate holding the tissue expander, and can avoid deformity of the breast reconstruction when the chest muscle is flexed. Not all patients are candidates for this type of reconstruction. If you’d like to know more about this type of reconstruction, read our page, “Prepectoral Tissue Expander Breast Reconstruction”, or ask us!

Flap techniques use a woman’s own tissue (muscle, fat, and skin) to create or cover the breast mound. Most often, tissue is taken from the back (Latissimus flap) or the abdomen (TRAM flap, DIEP flap). In the case that reconstruction is only needed for one breast, a woman may also wish to have a surgical procedure so that the unaffected breast will more closely match the reconstructed breast. This can be done at the time of mastectomy or later, depending on your preference for symmetry.

TRAM flap reconstruction uses skin, fat, and possibly muscle between the navel and pelvic bone to replace the removed breast. The result is a flatter stomach and a breast mound reconstruction made of your own tissue. This flap may remain attached to the original blood supply and tunneled up to the breast, or it can be completely detached from the abdomen.
Microsurgery is often used to help in the movement of tissue from the abdomen to the chest if the tissue is disconnected from the body during surgery. These flaps are called “free flaps”. Depending on the anatomy of the blood vessels to the tissue, varying portions of the abdominal muscles may also be harvested. If no muscle is taken from the abdomen, this is called a “DIEP” flap or “SIEA” flap. Each technique results in a hip to hip scar near the underwear line that will fade over time.
Latissimus flap reconstruction utilizes skin and muscle from the back which is tunneled just under the skin to the reconstructed breast. The flap stays connected to its donor site, leaving blood supply intact. Because the back has less fatty tissue than the abdomen, an implant is generally necessary to achieve the desired breast size.

The Deep Inferior Epigastric Perforator Flap (DIEP flap) is a specialized form of the TRAM flap requiring the use of microsurgery techniques. An incision is made along the lower abdomen. Skin, soft tissue, and blood vessels feeding the tissue are removed. These blood vessels are then matched to supplying vessels at the mastectomy site and reattached under a microscope.

With the DIEP flap, no muscle is removed. This leaves the muscles in place and preserves the abdominal strength. The result in the abdomen is much like a tummy tuck, and the result in the chest is a reconstructed breast that is soft, warm, and more natural feeling. This procedure takes at least 4-5 hours in the operating room, and often requires 3-5 days in the hospital.

After healing from the breast mound reconstruction surgeries, a nipple can be created with the skin taken locally from the reconstructed breast. A tattoo is added later in the office for the areolar color. To learn more about nipple reconstruction and tattoo, watch the video below.

Lumpectomy that removes at least one quadrant of the breast often leaves a deformity that is significant after treatment. In these instances, your oncologic surgeon will most likely recommend you discuss your options with Dr. Fine for reconstruction after lumpectomy.

The filling of lumpectomy defects can be accomplished endoscopically, using the latissimus dorsi muscle from the back and the overlying fat. Use of endoscopic surgical procedures allows Dr. Fine to harvest muscle and tissue from the back while avoiding a large incision.

Endoscopic latissimus dorsi flap reconstruction requires an incision under the arm. In the case where axillary lymph node dissection occurs simultaneously, this incision can be extended slightly to gain access to the muscle. Through this incision, the muscle is mobilized with the use of the endoscope, and is pulled forward to fill the defect left after lumpectomy. This procedure has the ability to create a better-contoured breast with minimal scars.

Reconstruction with Implants After Lumpectomy

Reconstruction with Implants After Lumpectomy

Placing implants after lumpectomy can help reduce asymmetry or distract the eye from contour deformities after lumpectomy. This approach to lumpectomy reconstruction is complicated by radiation, which is often performed in patients who have opted for lumpectomy, and is, therefore, not a good reconstruction option for some patients. Please ask us more about this option at your consult with us if you’d like to know more.

Breast reconstruction after lumpectomy can also be performed using rearrangement procedures which may include a breast lift or breast reduction. Scars for this type of reconstruction can vary depending on the rearrangement procedure that is best for your breast size and shape and the location of your lumpectomy scars. Scar patterns may be coordinated with your breast surgeon to optimize outcome.

Mistakes Not to Make When You Schedule Breast Augmentation

People who have had breast augmentation sometimes say that, while they love their new shape, they wish they had chosen to go bigger. At the Chicago Breast Center, we have consulted with thousands of patients about breast augmentation. In our...

Breast Surgery is Always in Style. Here’s Why!

Fads have always been around. They come; they go. Some we love, some we don’t. Even in plastic surgery. There is no denying that what is “in” at a given moment in time can drive people’s decisions. However, while we...