A Facelift Can Do This, Not That 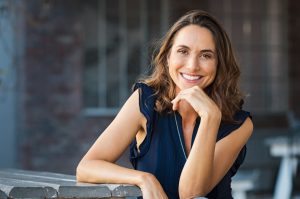 Facelift surgeries were first performed in the early 1900s. At that time, most procedures were hush-hush, as it was imprudent to have surgery for cosmetic reasons. Throughout the past hundred-plus years, the performance of facelift surgeries has increased exponentially. Each year, numerous cosmetic procedures are sought by men and women who want to look younger for a longer period than is possible with non-surgical modalities.

As many facelifts that are performed (over 125,000 last year), there are thousands more that are not. Why? Because of false perceptions about what a facelift might do. Here, we discuss the details of facelift surgery to help clear up any misunderstanding you may have about this procedure.

At Northwestern Specialists in Plastic Surgery, we provide the full extent of information each patient needs to feel confident in their decision to treat their cosmetic concerns. To learn more about facelift surgery and other facial rejuvenation techniques, call our Chicago office at (312) 266-6240.